Not bird season for us down here in Miami, but fortunately, I am teaching classes at Zoo Miami on Sundays, so, although I’m not exactly a fan of captive animals, they are so well taken care of, and so beautiful, that it is easy to enjoy spending time there.

Last week-end they had a Trick or Treat week-end, with ghosts and displays, and animals getting pumpkins and orange treat bags filled with fruit. It was great to see all the kids dressed up for Halloween and the air of festivity was all around. 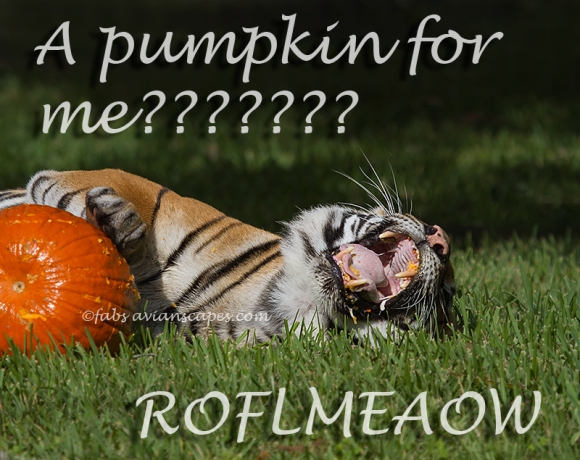 Today, the day was slower, although I got to see the females lions for the first time, and they are outstandingly beautiful, plus we had an incident with the mountain gorillas. JJ is the alpha male and it is very hard to get him to do anything or even show his face. He likes to sleep, feet up covered by a palm frond. Today, such a beautiful day, he was out, sleeping, of course, when someone threw a whole bag of pop corn to the ditch in front of the exhibit. A young and agile female went right for it, but this didn’t go unnoticed. JJ got on the move and we were ready for some action. 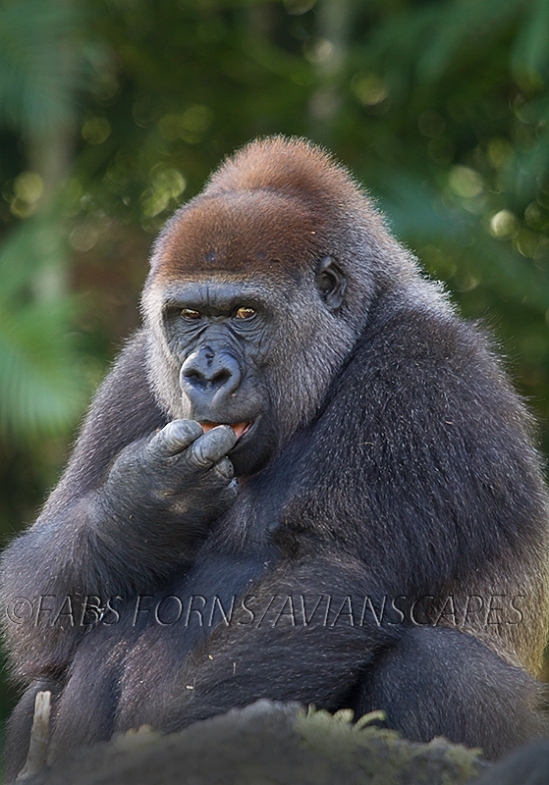 Well, as in humans, when a male is in love, he is lost. He would go near her but got happy such by getting the pop corn she dropped. Not an ounce of aggression towards her, although another older female that was close by got to feel his anger and rejection. At some point, this young female had the audacity to throw two punches at him, which he took willingly, and after that, she sat on top of the highest rock and pounded on her chest, Tarzan style. Go know… 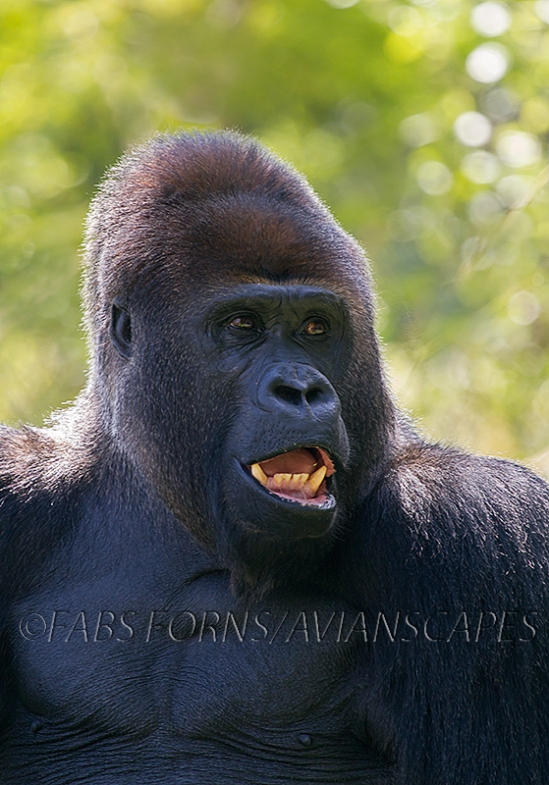 When she was finished and plastic bag was licked, she threw it to JJ!!!! The ultimate humilliation.

I’m sure he had his reasons, but we had such a great time watching the behavior.

Animals be animals, whether they are captive or not, and you can never tell when you are going to get a good image, so the key is patience, wait for them to be in even light if possible and make sure you have enough shutter sped to avoid camera shake if you are in working them in the shade (always recommended).

Welcome to our small corner on the web.

We will be sharing experiences, scoutings, tips and experiments, Please feel free to participate with comments or suggestions. We are at that time of our lives when we have been there and done that and are just looking to do some creative and satisfying work without major complications. Mi Casa, Tu Casa. Love and Peace!